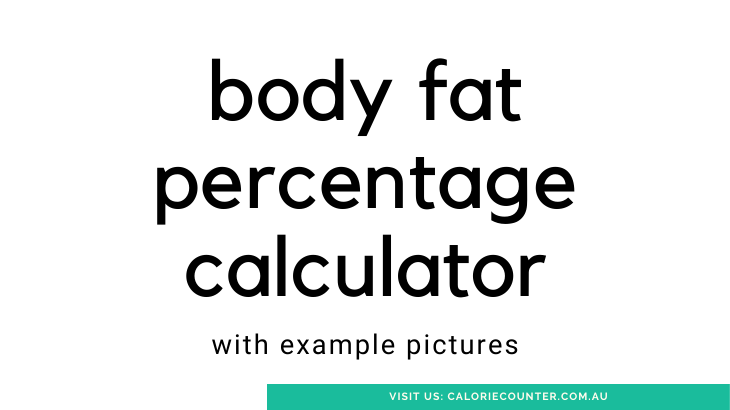 Use this calcount Body fat Percentage Calculator to estimate how much of your body is made of fat. Then, read on to find out what your body fat percentage result means.

People measure their body fat percentage as a fitness indicator and aesthetic target. Fat is a store of energy and the main component of excess body weight. Too much fat can cause obesity and its associated poor health outcomes. Too little fat can compromise the immune system and prevent normal body function. To calculate your body fat percentage, divide the weight of your fat by your total body weight, then multiply by 100.

You can’t accurately calculate your body fat percentage by simply looking in the mirror, but it is useful to see some examples. You can compare your appearance to the pictures of women and men below to get an idea of what your own Body Fat Percentage is. 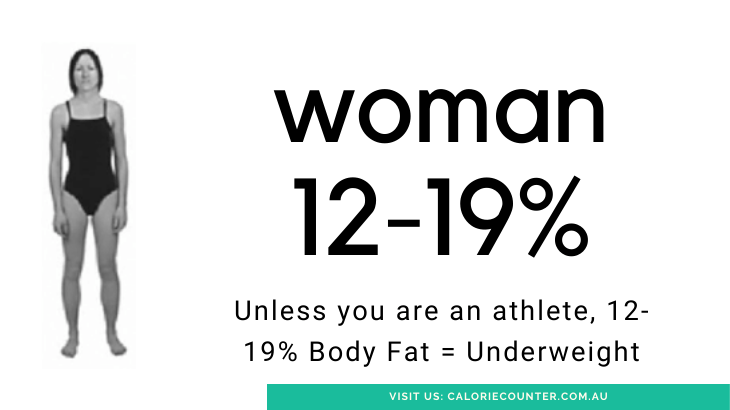 If you are a woman and your body fat percentage is about 15% (12-19%), you are probably underweight. Anything below 12%, for example 10 percent body fat, indicates severe underweight and probable malnourishment. This reasoning does not apply to professional body builders and other athletes who may have a much higher proportion of muscle relative to fat. 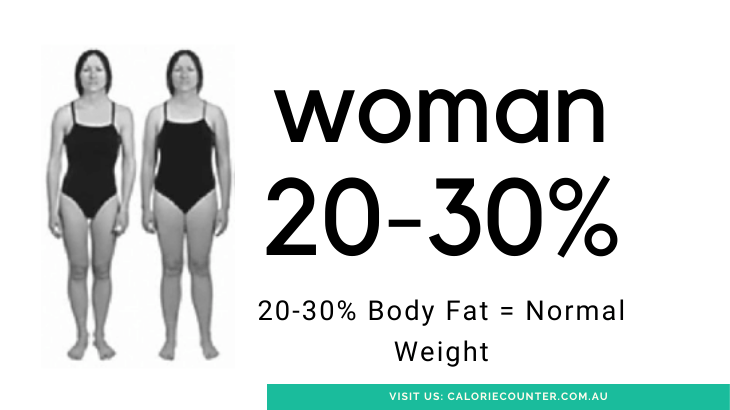 Between 20 and 30 percent body fat is considered normal and healthy for women. 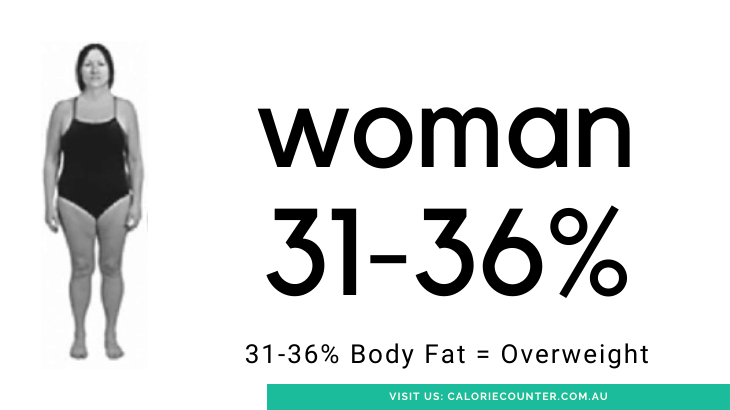 Women with between 31 to 36 percent body fat may be classed as Overweight. 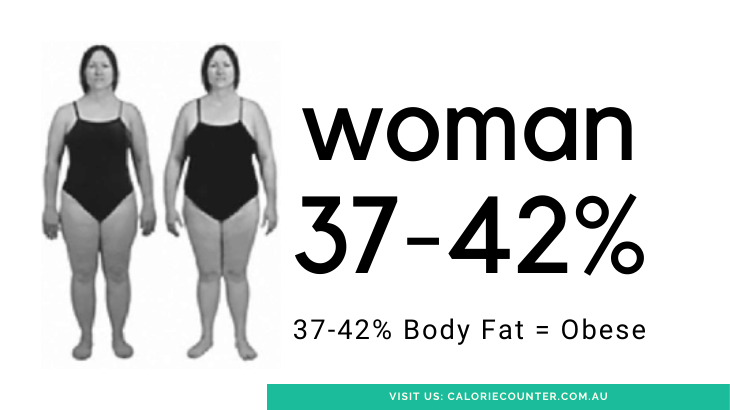 The obesity level for women starts at 37% body fat percentage. 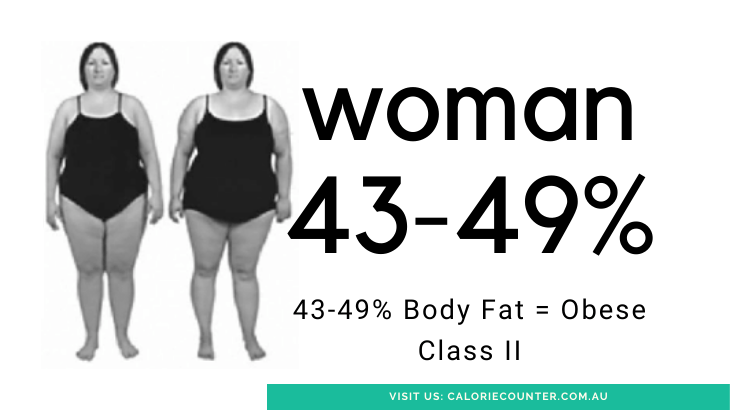 The second level of obesity for women sits between 43 and 49% body fat. 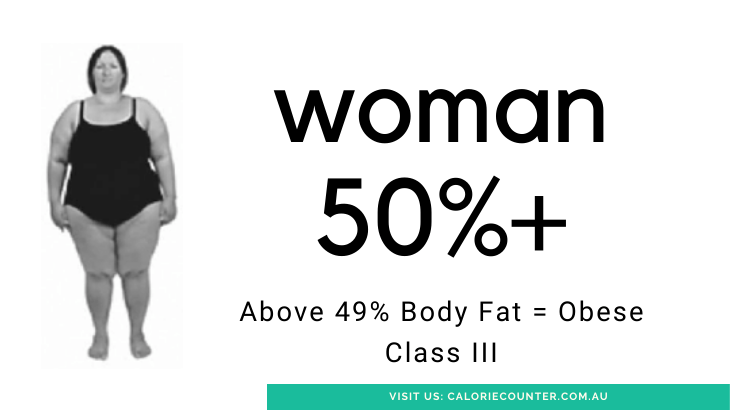 A woman with a body fat percentage above 49% is considered to be Class 3 obese. 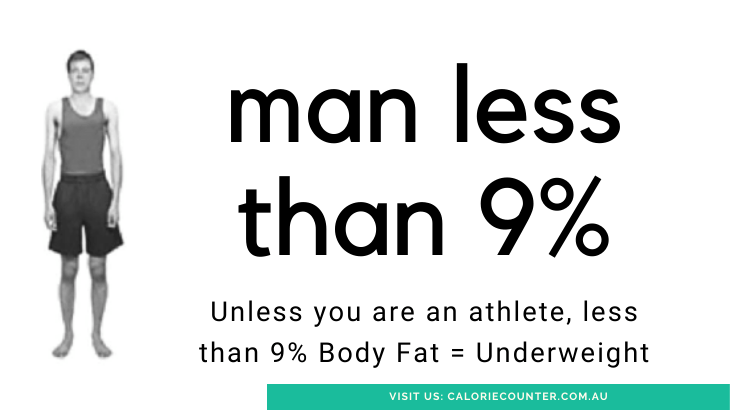 Unless the man with less than 9% body fat is a bodybuilder or athlete, he is probably underweight. 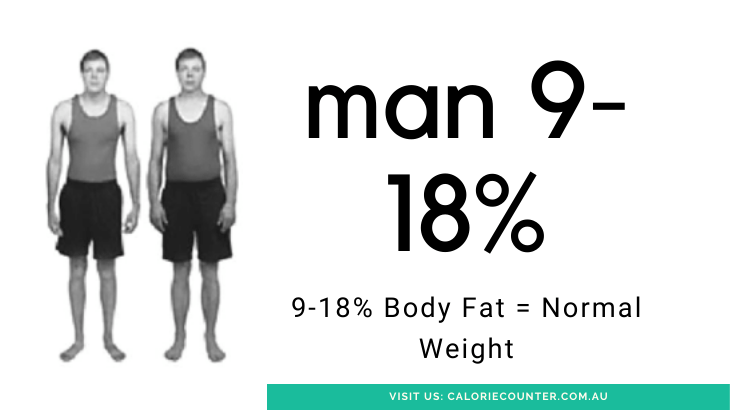 For men, a body fat percentage between 9% and 18% is considered normal. 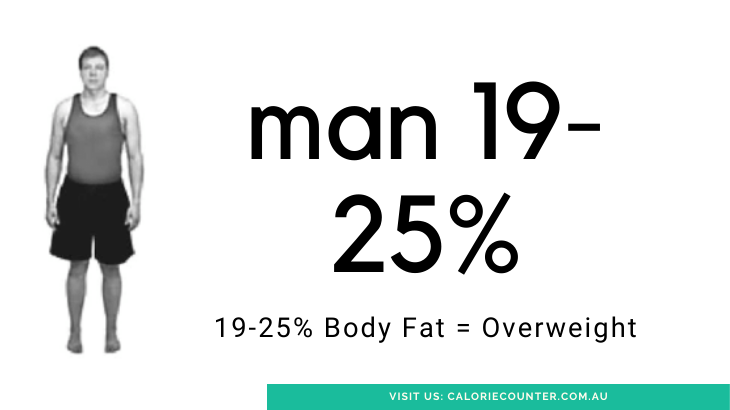 An Overweight Man has between 19 and 25% Body Fat

The level between Normal Weight and Obesity is termed Overweight, and usually means that a man has 19% to 25% body fat. 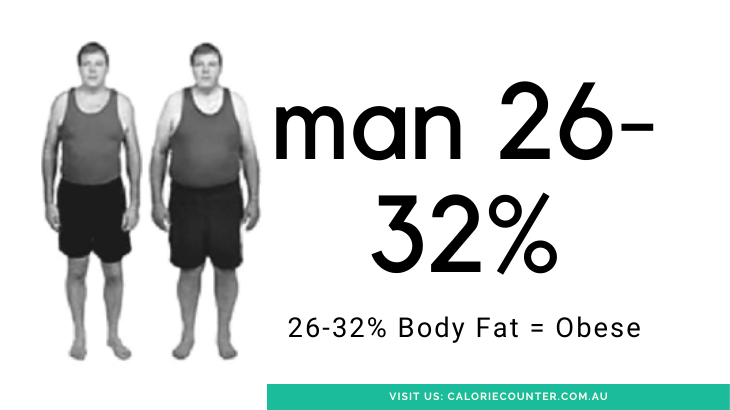 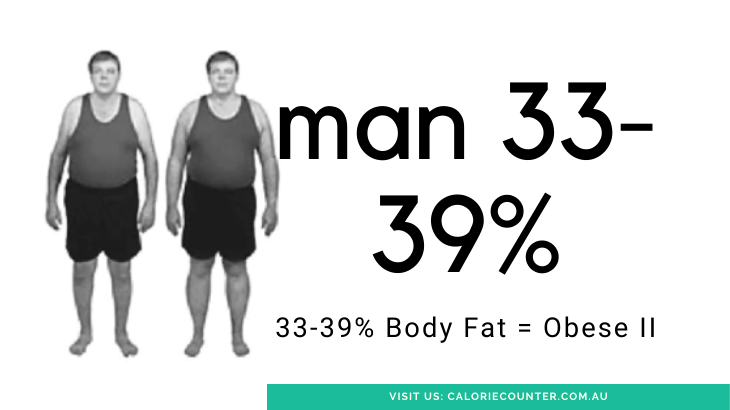 From 33% to 39% body fat, men are considered to be in the second Obesity category. 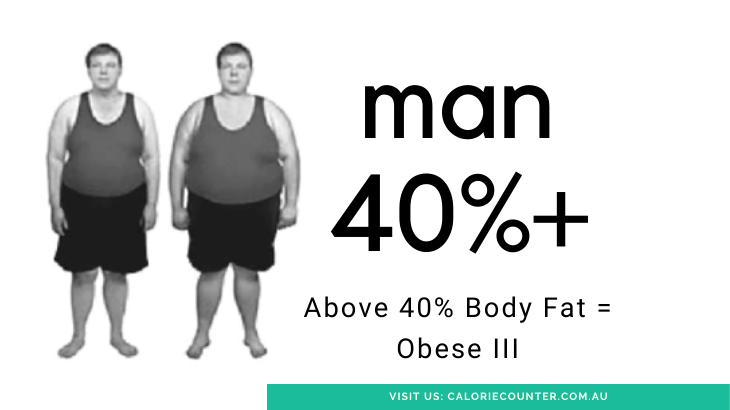 The third class of obesity in men starts at 40%.

How is Body Fat Percentage Calculated?

There are at least ten different techniques used to measure body fat percentage, and none of them are perfectly accurate. It is really hard to get a certain result, because fat happens to be intimately connected to just about every type of body tissue imaginable. You just cannot easily say (without opening things up and looking inside) where the fat stops and the other tissue starts. The best way is to find a person’s body density then calculate for relative densities of different body tissues.

However, the challenges has not stopped scientists from trying. The ten main methods for calculating body fat percentage are: