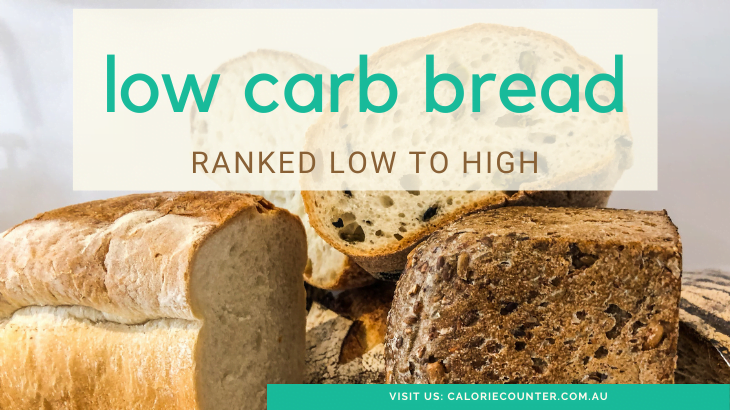 We sorted the data by carb content from the lowest to the highest and chose the top seventeen. Then, we added the one at the bottom of the list (most carbs per 100g) for comparison purposes. 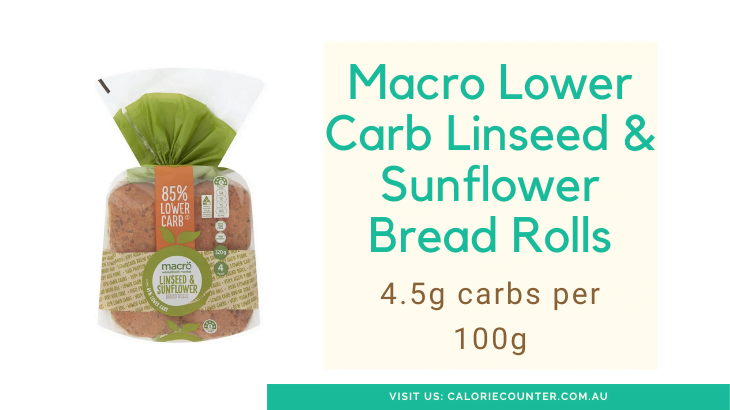 Whilst not actually a loaf of bread, we could not very well leave these lowest carb bread rolls out on a technicality! Macro Lower Carb Linseed and Sunflower Bread Rolls contain a measly 4.5 grams of carbs per 100g. They’re high in protein with about 85% less carbs by weight than typical bread. Each serve contains 20 grams of protein. 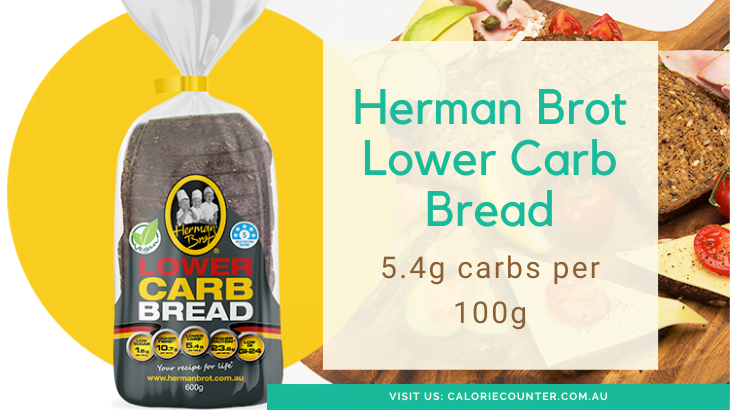 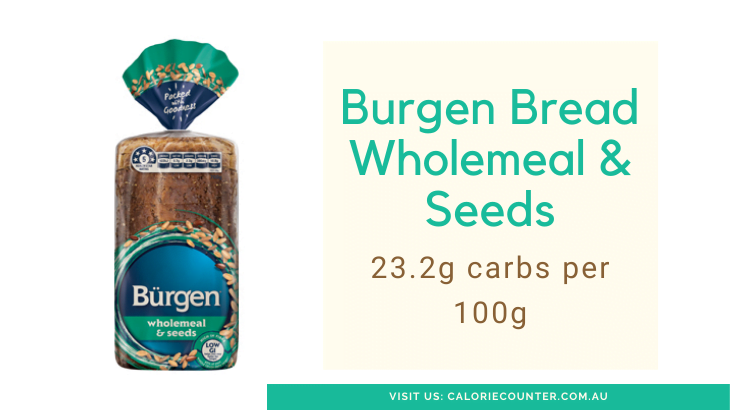 There is a massive step-up from the second to the third-least carbs bread in Australia. Even so, Burgen Wholemeal and Seeds bread boasts a low 23.2 grams of carbohydrates per 100 grams. 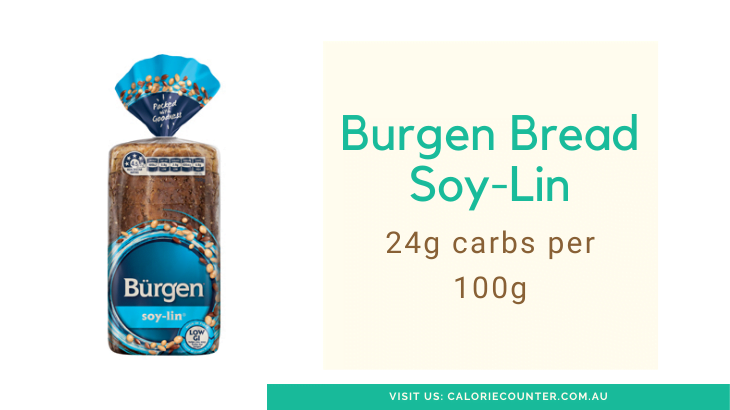 Another Burgen bread comes in at number 4, probably indicating that they keep things uniform over at Tip Top. Burgen Soy-Lin has 24 grams of carbs per 100 grams, just managing to stay below the quarter mark. 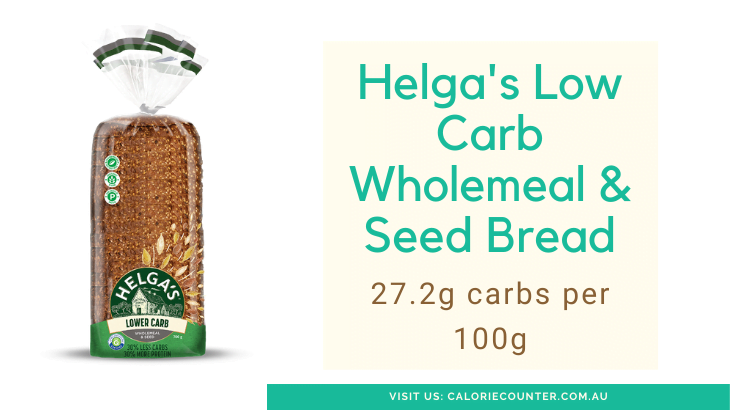 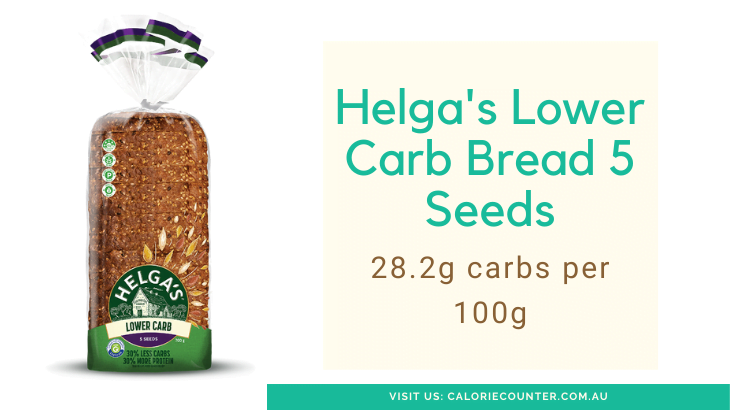 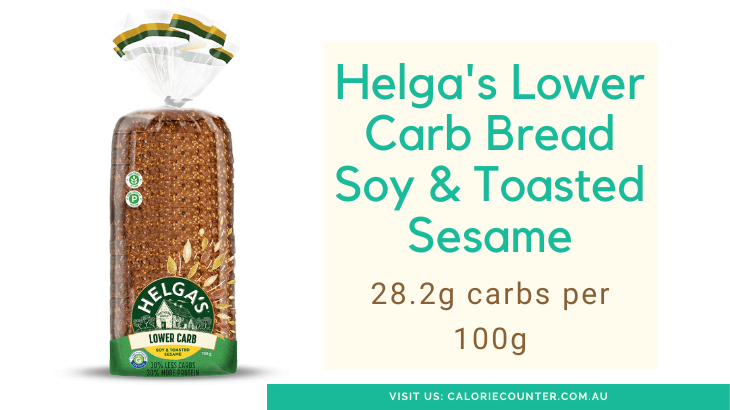 Another Helga option, this Soy & Toasted Sesame one also has 28.2 grams of carbs per 100 grams. 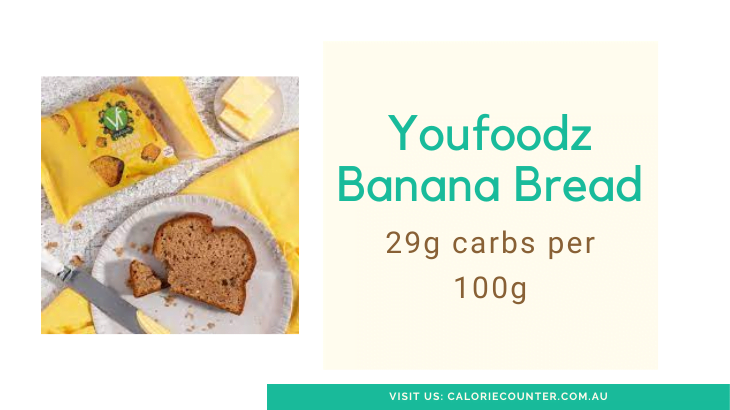 Okay, so Youfoodz Banana Bread is not really “bread”, but with just 29 grams of carbs per 100g we think its worth including on this list. You can read all about this product and the entire Youfoodz range on their website. 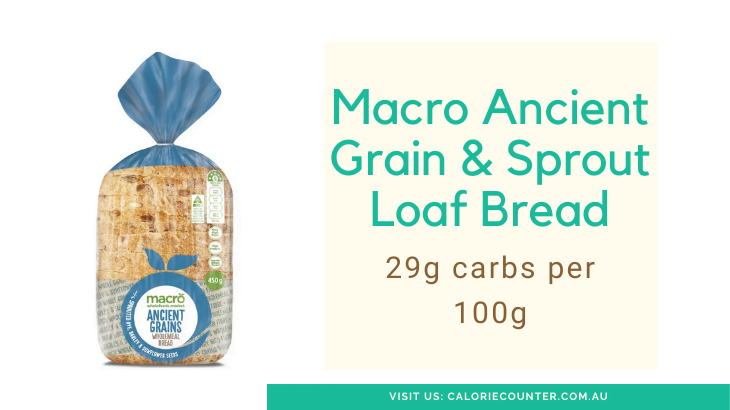 One 80g serve of Macro Ancient Grains Wholemeal Bread is made with ancient grains and sprouted seeds. A high protein and very high fibre bread that comes in at just under 30 grams of carbohydrates per 100g. 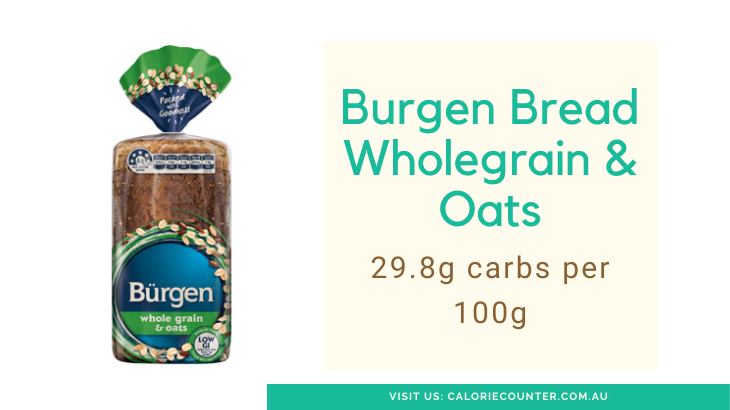 The final Burgen bread on this list is Burgen Wholegrain & Oats. It contains 29.8g carbs per 100g. 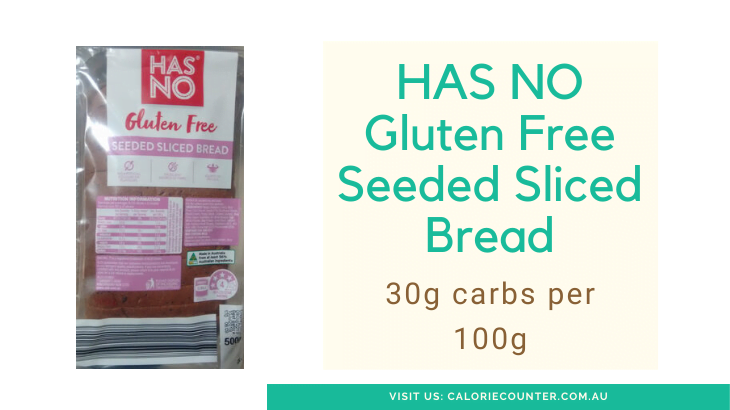 HAS NO Gluten Free Seeded Bread

This creatively named bread has no gluten and is the first of the bunch to crack into the 30g carbs per 100g range. 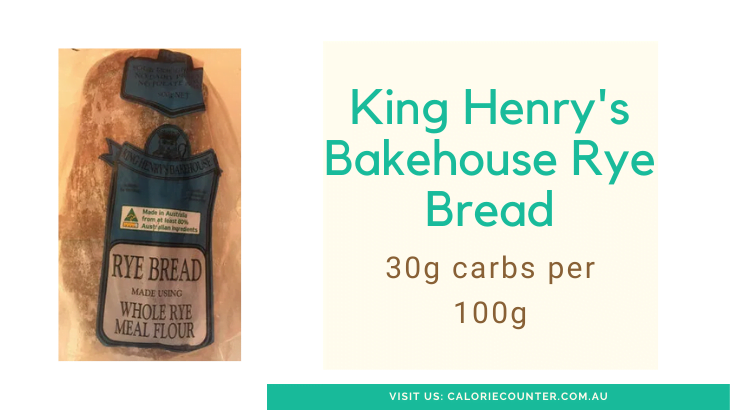 King Henry’s Bakehouse Rye bread is made from whole rye meal flour and contains 30 grams of carbohydrates in each 100 gram weight. 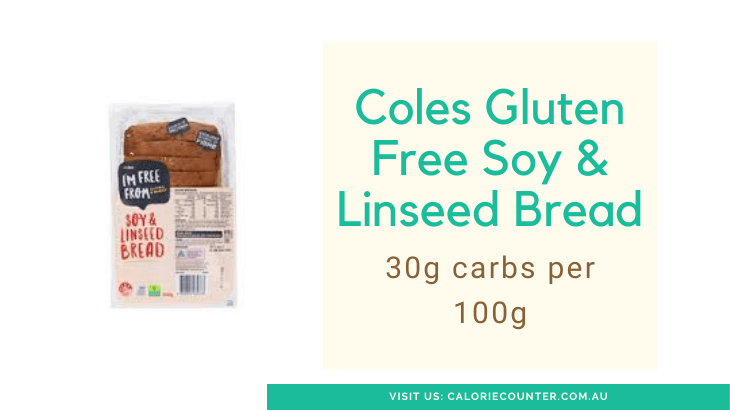 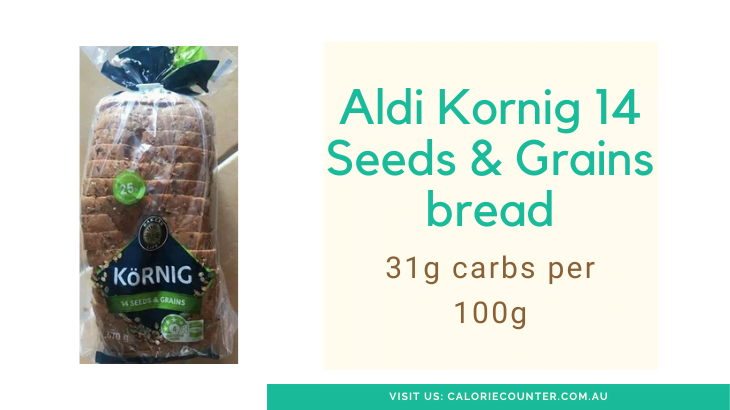 “Kornig” means “grainy” in German, as in “Aldi Grainy Seeds & Grains Bread”. This wholegrain bread has 31 grams of carbohydrates per 100 grams of bread. 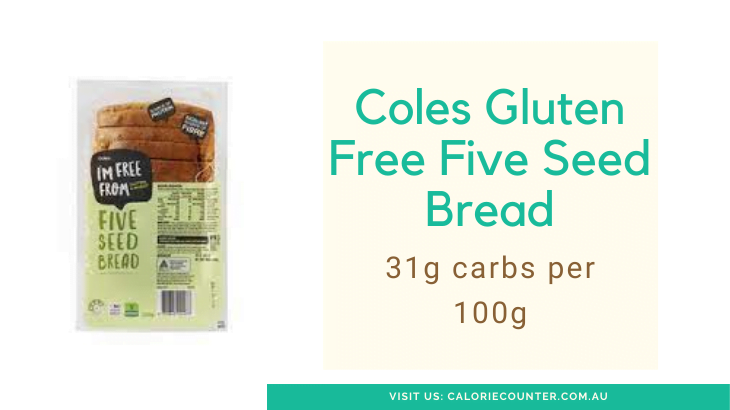 The Five Seed variant of Coles’ Gluten Free bread range contains 31 grams of carbs per 100g. This means that it has just 3% more carbs than the Soy and Linseed product. 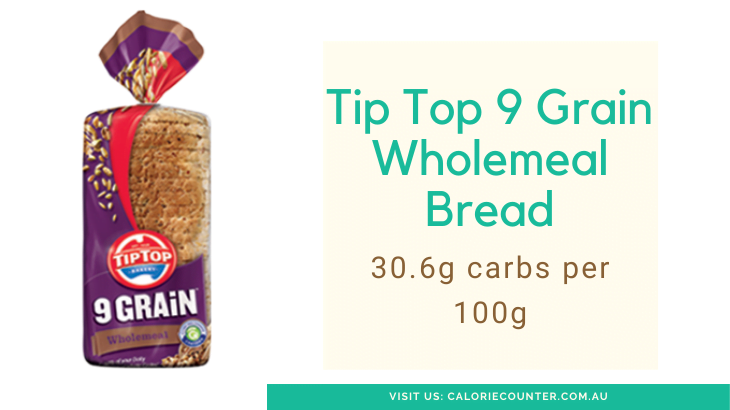 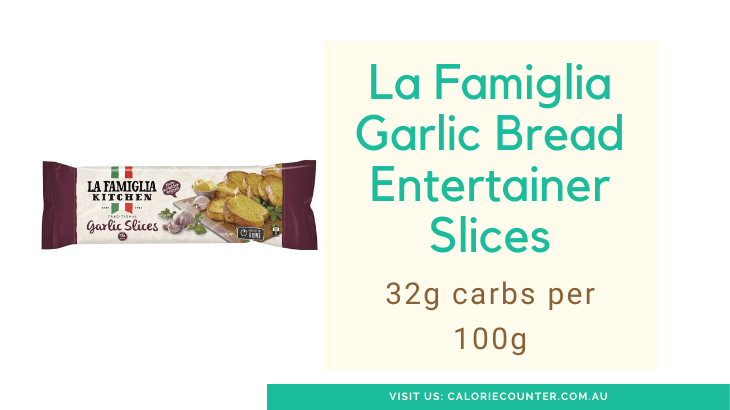 This La Famiglia Kitchen Garlic Bread (32g carbs/100g) is a cheeky addition, because the flavoured butter topping dilutes the carb content even whilst taking the overall calorie count into the stratosphere. The actual bread content of this product is not low carb. We included this to give you an insight into why food labels alone can be deceptive. Any bread can be part of a low carb diet if it makes up a relatively small proportion of said diet. 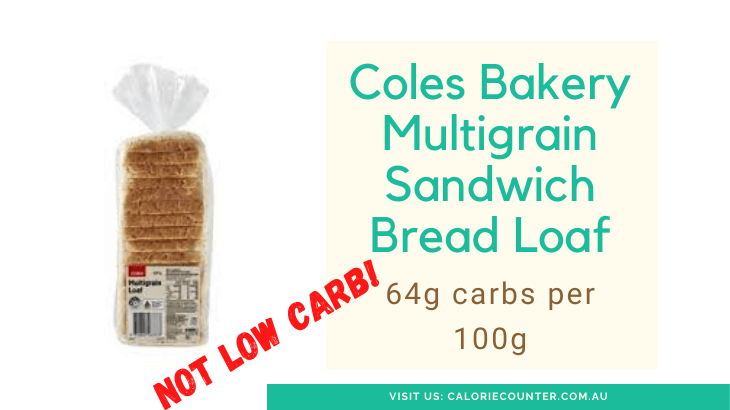 We’ve included this final entry to give you an idea of what high carb bread looks like. With a massive 64 grams of carbs per 100g, Coles Bakery Multigrain Bread has the most carbohydrates by weight. This is exactly twice as many carbs as the garlic bread featured on our list.

Low Carb Bread can be Deceptive

When you are following a low carbohydrate diet and refuse to give up bread, there are some real options like the first two items on this list. However, for all the others, the real issue becomes one of portion control and food choice. If you eat one hundred grams of low carb bread, you are eating the same carbs as someone who eats 50 grams of the high carb type. Thus, 50g of high carb bread plus 50g of roast beef (100g) has the same carbs as 50g of low carb bread with a 50g topping of banana (also 100g). In both scenarios, you would eat about 30g carbs!