It’s a list of low calorie snacks from Woolworths, covering Woolies-branded snacks which fit into the sub-100 calories per serve bracket. We covered the same thing for Coles, so in fairness we’re doing it for Woolworths too!

Perhaps the most important thing to remember when reviewing this list is to understand the difference between “per serve” and “by weight” values. A snack might be a high calorie food, but if you only eat a small portion of it you might be well within any targeted calorie range. For example, a small scoop of ice cream could contain fewer calories that a plate full of carrots. The per-serve calories in this list of Woolworths snacks is calculated on the recommended serve amount. 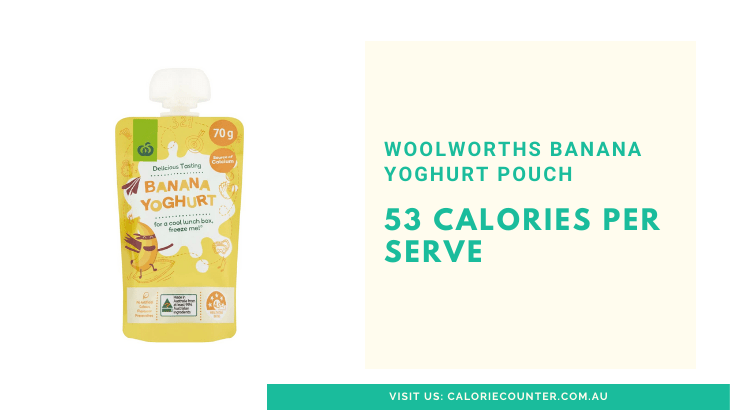 With just 53 calories (222kJ) per serve, these kid-friendly yoghurt pouches are the lowest calorie snacks from Woolworths. The strawberry flavour is also 53 calories per serve. 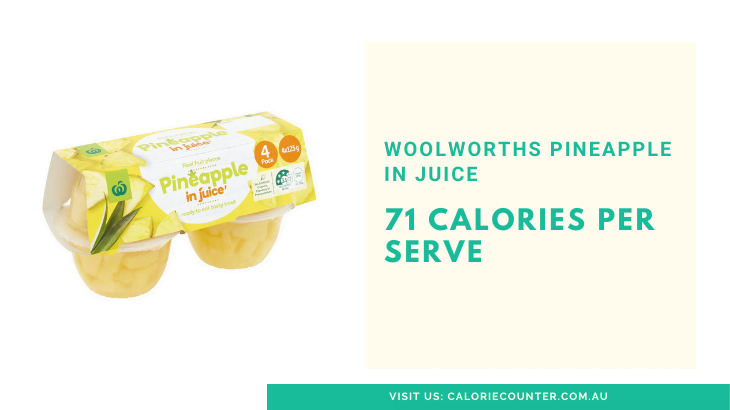 Each 125g pot of Woolworths Pineapple in Juice contains 71 calories, or 299 kilojoules. Of course, a 125g portion of freshly cut pineapple would be even better for you but this convenient snack is a great option for when you are on the go. 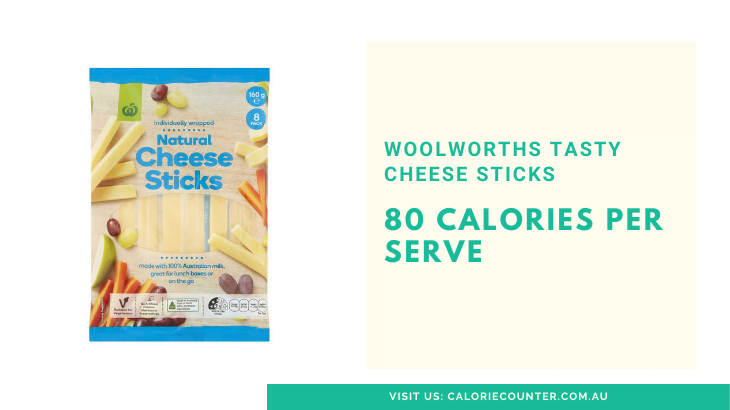 You might know what we think of cheese as an add-on to regular meals, but as a stand-alone small-portion snack it is hard to beat nutrition-wise. This Woolworths Tasty Cheese Sticks snack is a case in point, with just 80 calories (335kJ) per serve 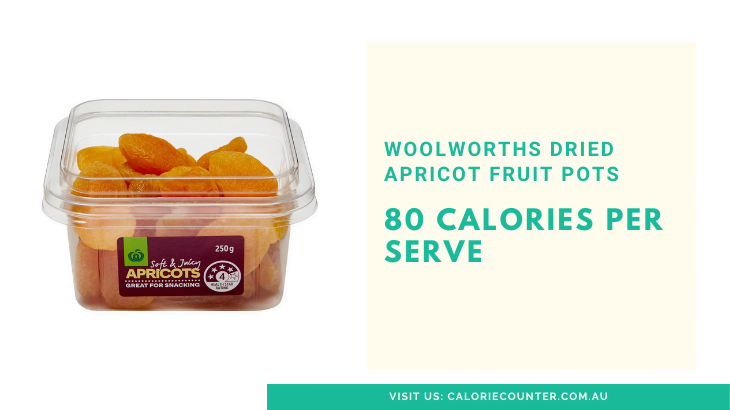 One serve (38g, not the whole 250g pot!) of Woolworths Dried Apricot Fruit Pots has 80 calories (335kJ). Be careful with dried fruit, dried meat, or dried anything, because the lack of water concentrates the calories immensely. One dried apricot has much the same nutrition as a fresh apricot, so if you wouldn’t eat a dozen apricots off the tree in one go, don’t eat a dozen dried ones! 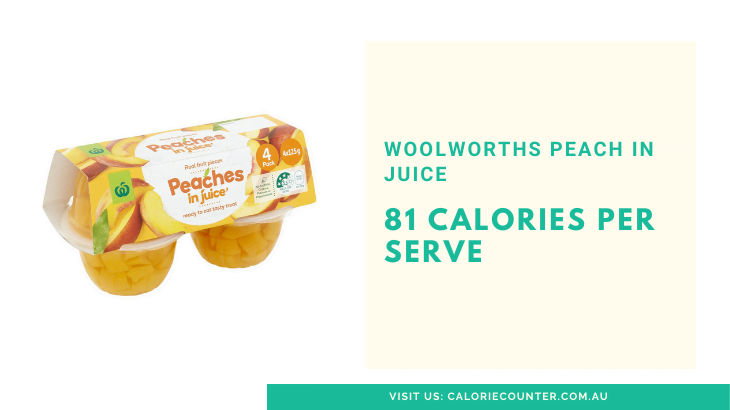 Woolworths Peaches in Juice has 81 calories (339kJ) per serve, which is 14% more calories than the pineapples in juice snack. 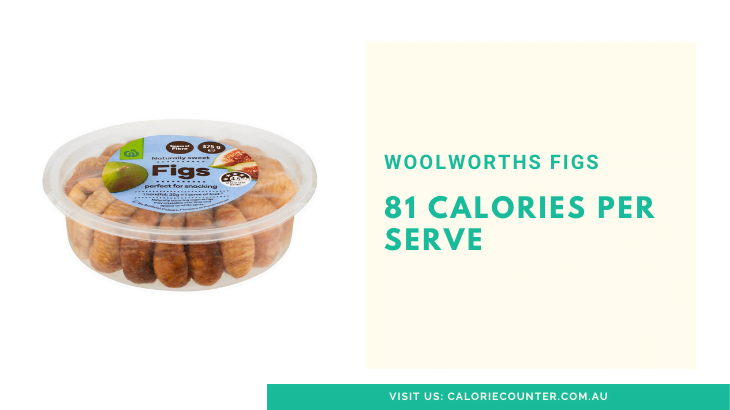 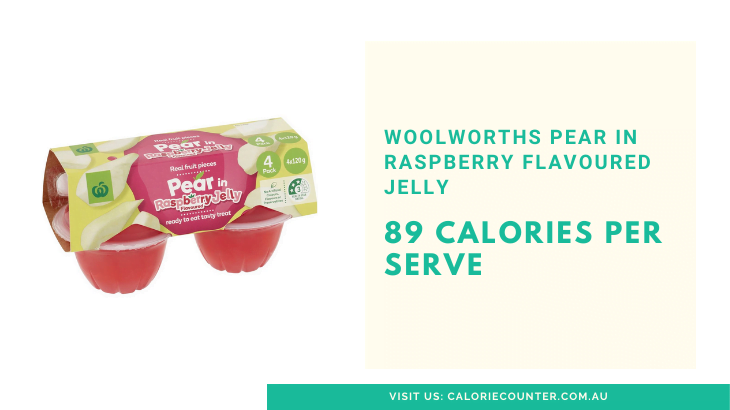 Swapping flavoured jelly for juice ups the ante a bit, but Woolworths Pear in Raspberry Flavored Jelly is still a low 89 calories (371kJ) per serve. 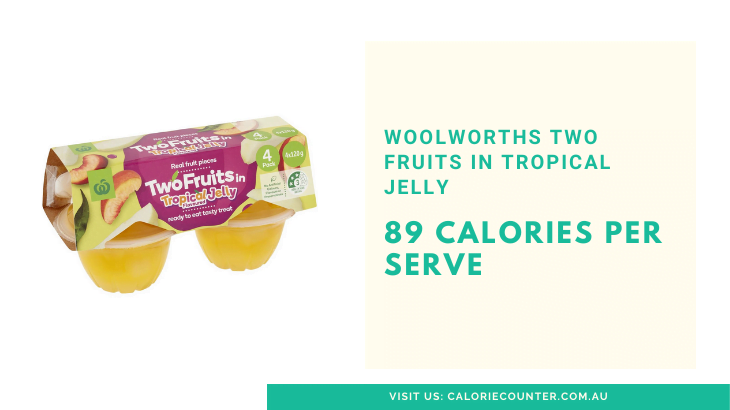 Woolworths Two Fruits in Tropical Jelly has 89 calories (374kJ) per serve, which is a hair’s breadth more than one fruit in jelly (see preceding item). 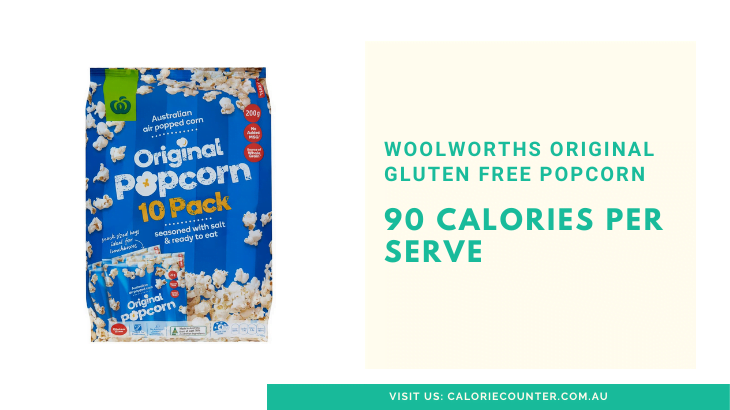 With all that air, popcorn is a great choice for low calorie snacking. This Woolworths Original Popcorn is no exception with 90 calories (376kJ) per serve. 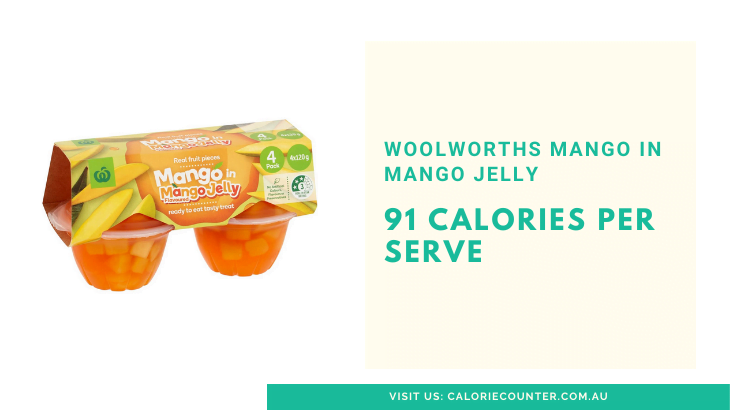 If you like mango but cannot get hold of a fresh one, this Woolworths Mango in Mango Jelly makes a good snack. It has 91 calories, or 381 kilojoules per serve. 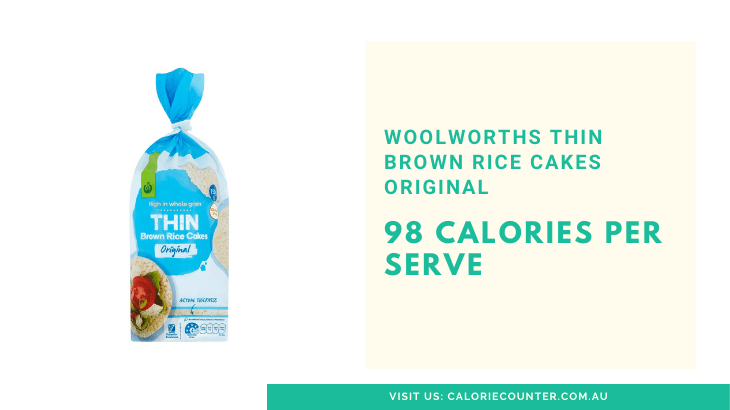 Squeezing in just under the 100 calorie mark, these Woolworths Thin Brown Rice Cakes have 98 calories (412kJ) per serve. 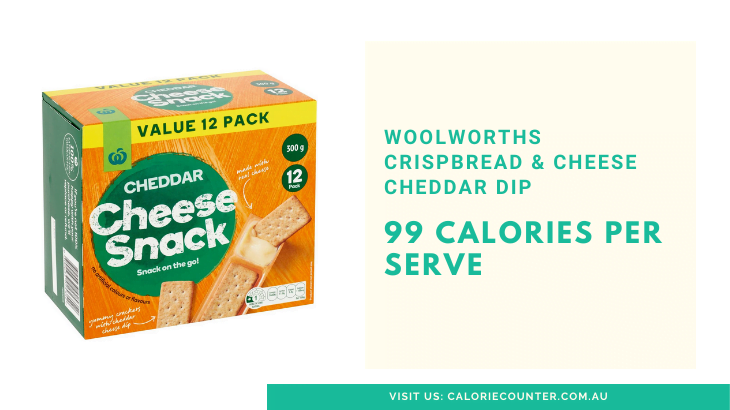 99 calories, or 415kJ, is in each serve of Woolworths Crispbread and Cheddar Cheese Dip snack. Stick to the serving suggestion for this one if you want to stay low calorie!

What makes a Low Calorie Snack?

So what makes a low calorie snack? Well, low-calorie ingredients and, perhaps more importantly, snack-sized servings! When you buy snacks from the supermarket, always exercise portion restraint if you want to stay within a daily calorie targeted limit. If you find that something tastes “moreish” after you eat one serve, don’t buy it again. Change things up! Pick a different low calorie snack until you find something that scratches your snack itch in one serve!