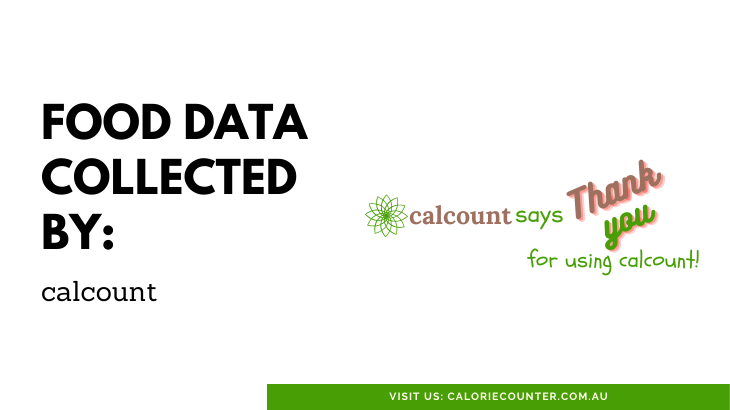 There are 1 calories, equivalent to 2 kilojoules, per 100 grams of Coca-Cola Diet Coca-Cola. See the Nutrition Facts table below for other details like fat, protein, carbohydrate, and sugar content. Coca-Cola Diet Coca-Cola is a popular food product which is readily available in Australia. One 80g serving contains 0.8 calories (1.6kJ). Use the adjustable slider above to alter the serving size and thus the corresponding nutrition values.

There are no carbohydrates and no sugar in 100 grams of Coca-Cola Diet Coca-Cola.

Each 100g of Coca-Cola Diet Coca-Cola contains no protein has no fat. There is no saturated fat included.

There are 15mg of sodium per 100 grams of Coca-Cola Diet Coca-Cola.

To see calories and other nutrition information for different weight quantities, simply drag the slider to change the food weight. Accurate measurement of food weight requires the use of a food scale. However, you can estimate the weight of the food by comparing your hand to the food quantity. An amount equivalent to your thumb is about 30 grams, a flat palm is approximately 120 grams, and a bunched fist is roughly 240 grams.

Thanks for reviewing the calories in Coca-Cola Diet Coca-Cola! The calcount team does its best to ensure the accuracy of all of the information published in the Calorie Counter Australia website. However, we do not guarantee that all of the published information is accurate and complete. Please remember to consult your medical professional before you take any action in respect to anything you read on this site. Our information includes copyrights, trademarks, and other intellectual property such as brand names and descriptions which belongs to the respective owners of said property.