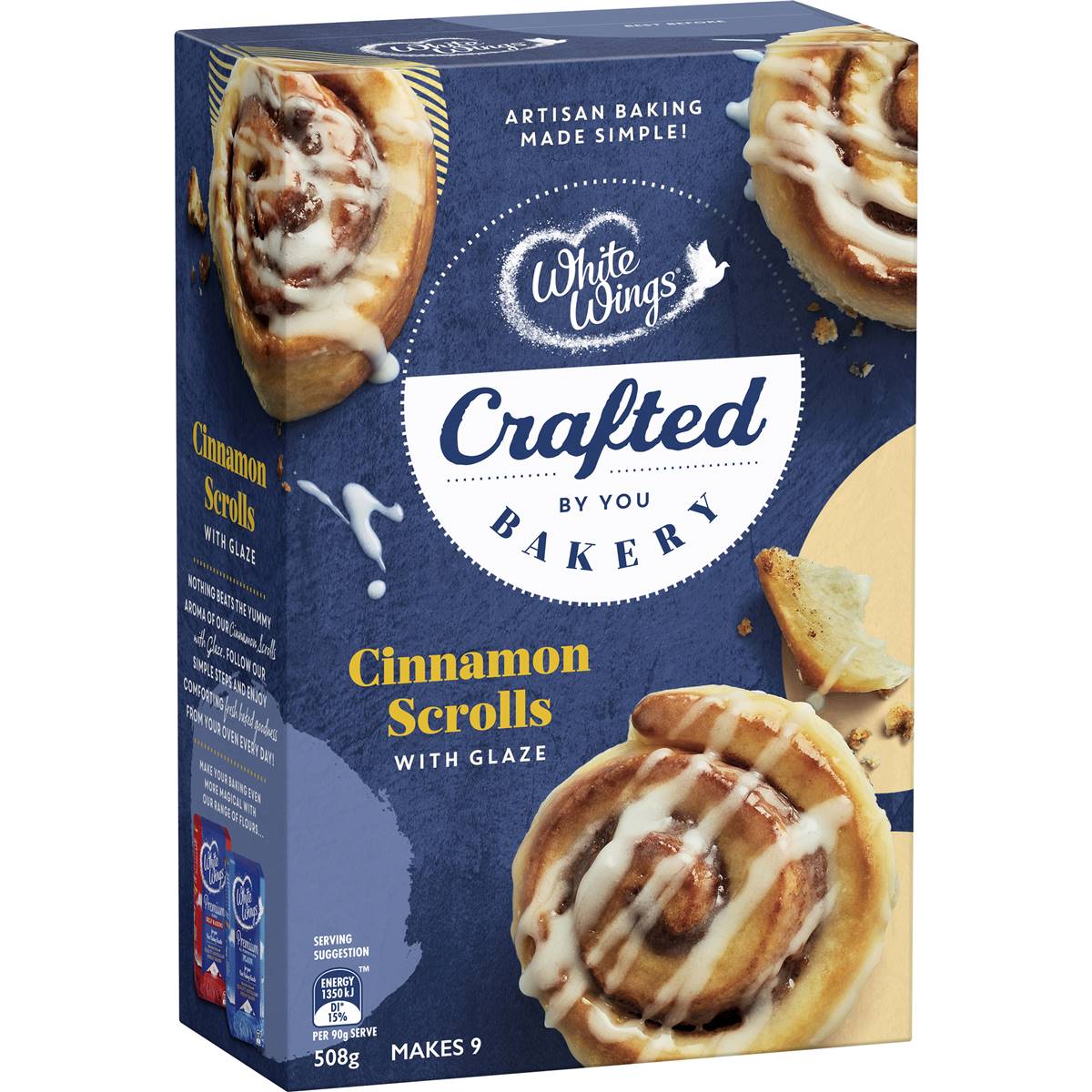 There are 323 calories (1350 kilojoules) in one serve of White Wings Cinnamon Scrolls With Glaze. The Nutrition Facts panel below displays nutrients for 100g and other weight quantities:

Nothing beats the yummy aroma of our Cinnamon Scrolls with Glaze. Follow our simple steps and enjoy comforting fresh baked goodness from your oven every day! For a fruity and nutty twist, craft some Apple and Walnut Scrolls.

• No artificial colours, flavours or preservatives

Now, you know how many calories there are in White Wings Cinnamon Scrolls With Glaze! See these similar foods for comparison:

Thank you for using calcount to find out how many calories and nutrients there are in White Wings Cinnamon Scrolls With Glaze. The calcount team does its best to ensure the accuracy of all of the information published in the Calorie Counter Australia website. However, we do not guarantee that all of the published information is accurate and complete. Please remember to consult your medical professional before you take any action in respect to anything you read on this site. Our information includes copyrights, trademarks, and other intellectual property such as brand names and descriptions which belongs to the respective owners of said property.