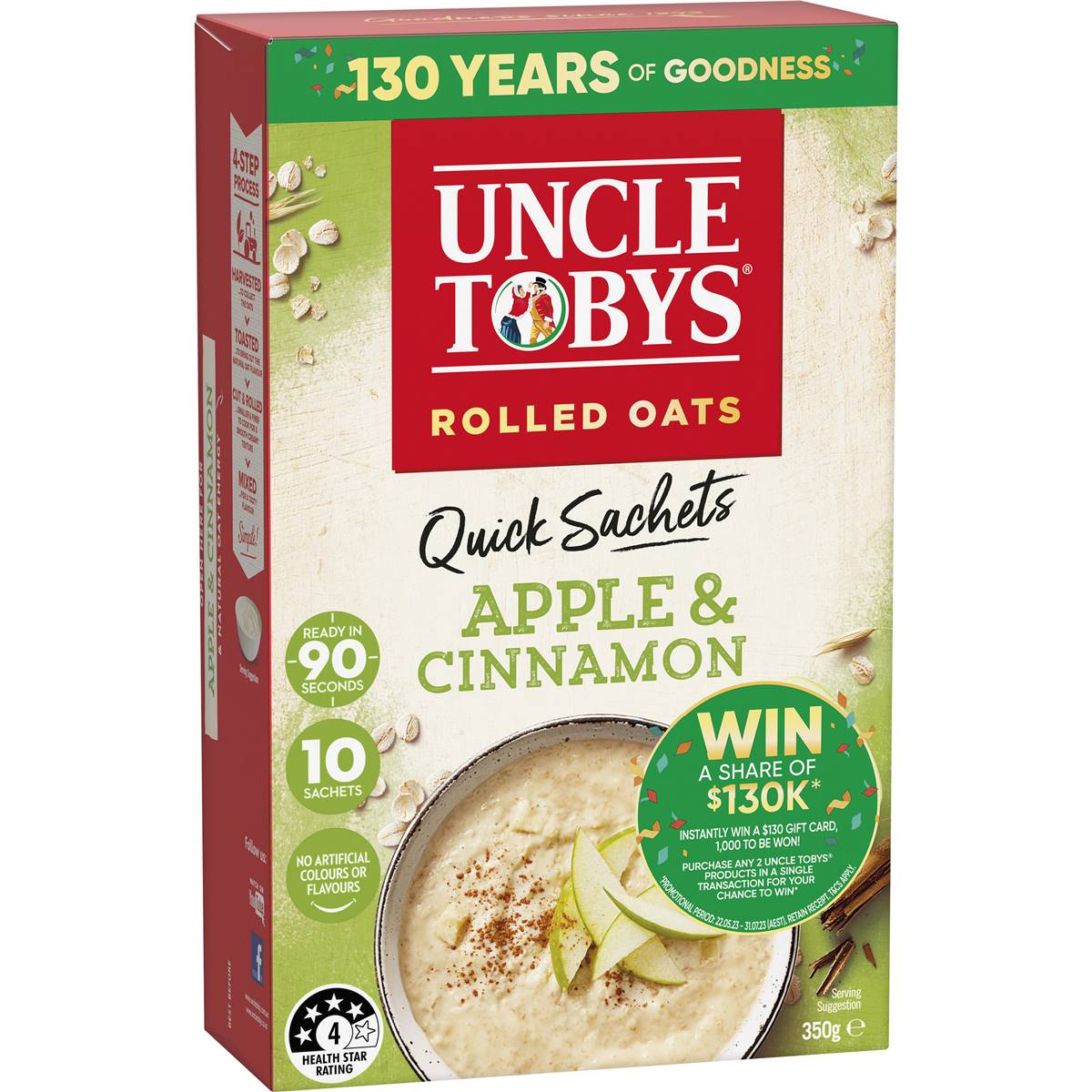 There are 134 calories (560 kilojoules) in one serve of Uncle Tobys Oats Porridge Quick Sachets Apple & Cinnamon. The Nutrition Facts panel below displays nutrients for 100g and other weight quantities: Uncle Tobys Quick Sachets are made with 100% Australian Oats, a natural energy source to start the day. Naturally delicious whole grain oats are cut then rolled just a little bit finer, so they cook faster. A smooth creamy bowl of goodness, ready to eat in just 90 seconds!

Now, you know how many calories there are in Uncle Tobys Oats Porridge Quick Sachets Apple & Cinnamon! See these similar foods for comparison:

Thank you for using calcount to find out how many calories and nutrients there are in Uncle Tobys Oats Porridge Quick Sachets Apple & Cinnamon. The calcount team does its best to ensure the accuracy of all of the information published in the Calorie Counter Australia website. However, we do not guarantee that all of the published information is accurate and complete. Please remember to consult your medical professional before you take any action in respect to anything you read on this site. Our information includes copyrights, trademarks, and other intellectual property such as brand names and descriptions which belongs to the respective owners of said property.